July 27, 2011 Written by @Reks
Play one of eight Arithmetic Invaders games to defend the solar system, learn the names 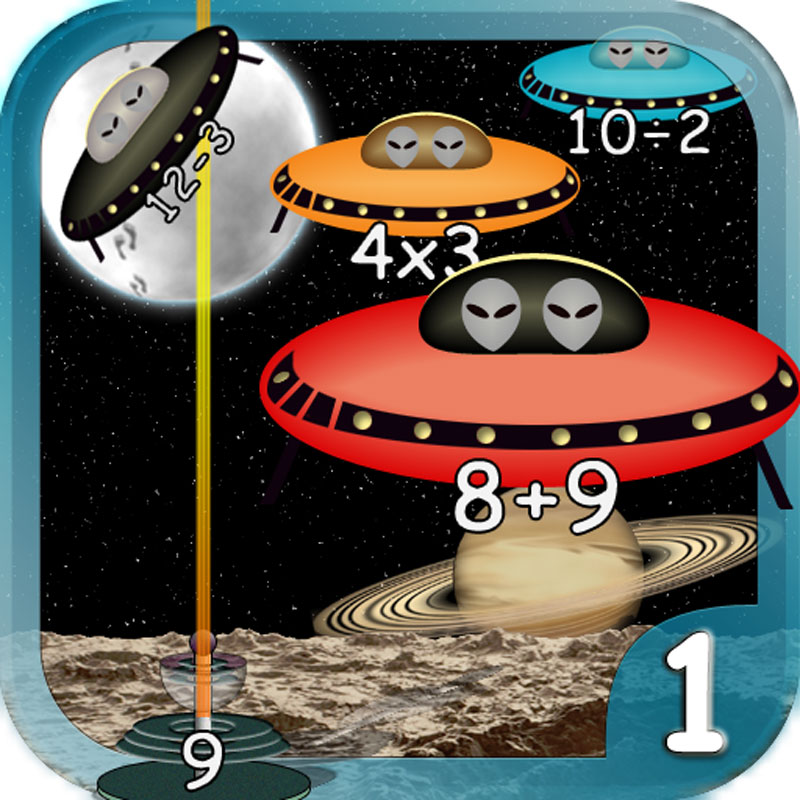 Arithmetic Invaders (AI) Grade 1 is designed as a unique application that both educates and entertains your child.

By tapping on a row a user is able to move from the campaign selection to the game play page.

A user uses navigation pads to move the gun between positions. Once the gun is aligned with the targeted ship, the user should tap on the red firing button to discharge the laser. Gun’s wave length changes with every firing.
Practically, the user is expected to calculate the value of the expressions displayed on the invader ships. In order to score, the user is expected to connect the number printed on the laser gun with the result of the corresponding mathematical expression.