By now your child has probably already learned all the letters, but connecting letters into words is still an abstract concept. It takes a while for the child to start writing first two-letter words, then three, four, and so forth.

To make spelling words less challenging for children, the words are usually divided into categories based on their phonics features. Thus, the children are introduced to short-vowel words, long-vowel words and sight words.

The easiest group of words would be short words consisting of short vowels (usually one or two consonants). When there is a single vowel in a short word or syllable, the vowel makes a short sound. These short vowels usually appear at the beginning of the word or between two consonants. In such words the number of pronounced sounds most usually corresponds to the number of written letters. This concept is the most salient concept for young beginners. Examples of such words are: cat, end, pig, bus, log, …

The sight words refer to words that readers are expected to recognize instantly. They are very frequent. They represent 50% to 70% of the words the children are expected to encounter. Also, many sight words do not sound as they are spelled making them difficult for sounding out using phonics. Practically, children must learn most of these words by sight hence the name – sight words. Other words on the sight-word list are taken from either short- or long-vowel word lists based on their frequency. It is believed that children who focused on and learned sight words would become stronger readers .One of two lists of sight words that help educators and parents identify these words is Dolch List of Basic Sight Words consisting of 220 words.

A great advantage of this spelling app is the phonics narration of letters. Your student will learn the sounds of letters within each word. This gives students a chance to learn sounding out words.

Another significant advantage of this app is the gradual acquisition of the spelling skill through Learn Mode (early learner sees the word spelled and hears its narration), Practice Mode (more skilled learner only hears the word narrated and is expected to spell it) and finally Test Mode (confident learner ready to collect points for correctly spelled words).

Also, the app offers an option to follow your students’ progress in HISTORY section. One can check the progress in all three modes. The HISTORY offers information on the spelling list an mode used, type of letters, words, time spent with the app, and any possible errors.

Reading and Spelling in Schools

Louisa Moats, in Speech to Print: Language Essentials for Teachers of Reading (page 11), offers a nice schematic representation of reading and spelling development through four stages:

In learning to read and write children go through these four stages. Louisa C. Moats studied spelling and reading learning processes of elementary school children. According to her “as a general rule, many spelling concepts are introduced early and then are studied in greater depth in later grades.” Furthermore, in her article How Spelling Supports Reading And Why It Is More Regular and Predictable Than You May Think (page 22), she lists the main content that should be emphasized in each grade:

It would seem that spelling supports learning to read. This makes reading and spelling interconnected skills.

This app focuses on helping children make the connection between the narrated and the written word. Since it is a game, it should motivate children to play more and thus learn more. Build A Word Easy Spelling App as a teaching tool motivates children to learn words and their spelling through repetition of both visual and audio cues.

The spelling word lists were created based on phonemic features of English phonemes and words themselves among other criteria.

As a linguist I have used teachings by Peter Ladefoged from UCLA (http://www.linguistics.ucla.edu/people/ladefoge/; also http://phonetics.ucla.edu/) for phonemic features. Thanks to the teachers who use our apps and keep correspondence with me, I have used some ideas by Louisa C. Moats (http://www.aft.org/pdfs/americaneducator/winter0506/Moats.pdf) to form adequate spelling categories.

The North American phonemes (especially vowels) were used as represented in the following tables below: 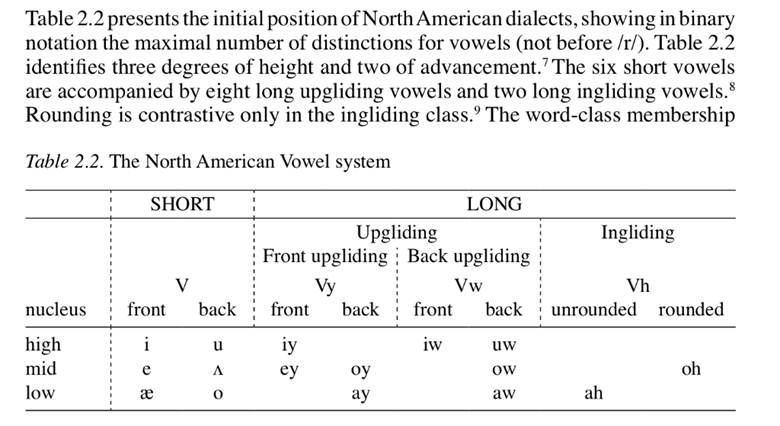 The tables above show short versus long vowels and their places of articulation.