May 7, 2015 Written by @Reks
Steve Bambury, a teacher and a founder of iPad Educators web site, in his feature article outlines down the best apps available to Latin teachers. His suggestions on how some iOS applications can be used are targeted at classical language classrooms. 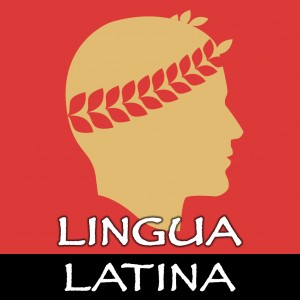 Steve Bambury finds the app “genuinely very good!”. An app like this should make Latin lessons more engaging. He finds that in the past both Latin and Math were delivered in such a dry way. But thanks to technology and constructivist pedagogy the future of Latin curriculum does not look so dim anymore. Read full article at iPadEducators.com/Latin

Steve Bambury studied film at Kent University and worked as an independent film-maker before becoming a teacher. His use of film and ICT with children has been featured on the BBC and in Channel 4’s award winning short film “School Spirit.” In 2008 he moved to Dubai and began working at Jumeirah English Speaking School where he is currently the Curriculum Innovation Leader and Head of Computing. He has presented on iPad use at a wide range of events including the first KHDA “What Works” conference in 2012 the GESS Conference in 2013 and 2014 and the Doha College Annual Conference in 2014 as well as SPARK events and dedicated in-house CPD sessions at various schools in the region.

In 2013, Steve founded the iPad Educators site which has garnered worldwide acclaim and a developed a following of over 35,000 educators across social media channels. Steve and members of his team have delivered iPad training sessions both in person and remotely to schools in locations such as Oman, Cyprus, the UK, Los Angeles and Caracas. Last year iPad Educators won Best Use of ICT at the inaugural GESS Awards here in Dubai and Steve was recently selected as the first Nearpod Pioneer in the region.

iPad Educators website focuses on embedding the use of the iPad in the classroom. It is designed in a magazine-style format, with regularly updated features, app reviews and interviews. Read more… at iPadEducators.com